A comprehensive survey of the art of Anya Janssen (1962) is now being shown for the first time. The Earthlings exhibition at Museum MORE features some forty highlights of her oeuvre from the early nineties to the present. Janssen regards humanity with a sense of wonder that manifests itself ambiguously in her monumental portraits. Her work operates between reality and imagination. ‘Painting for me is an ultimate attempt to get closer to people.’ 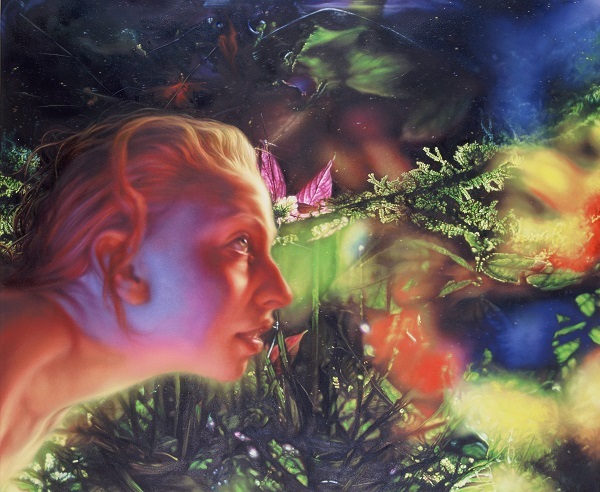 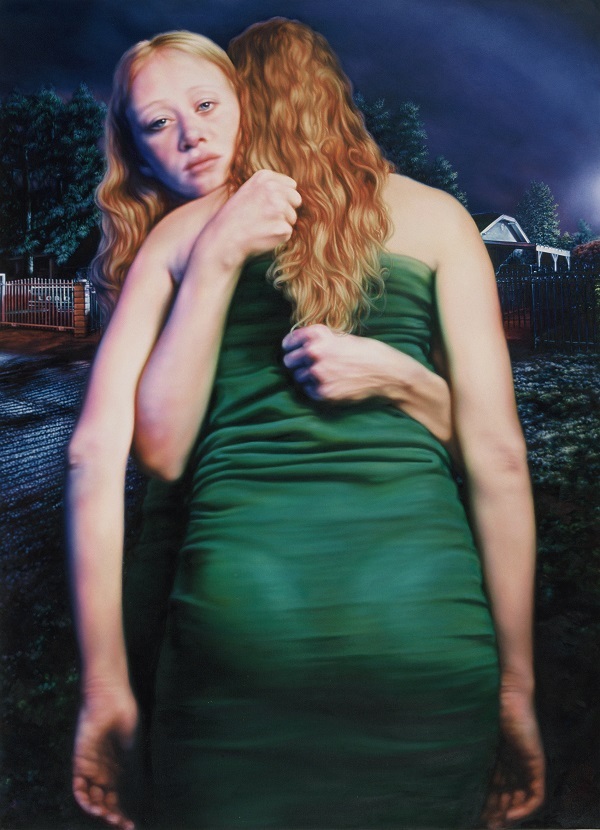 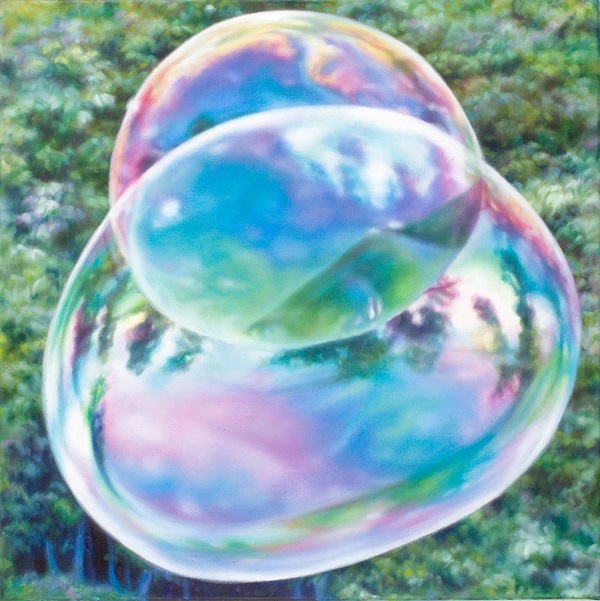 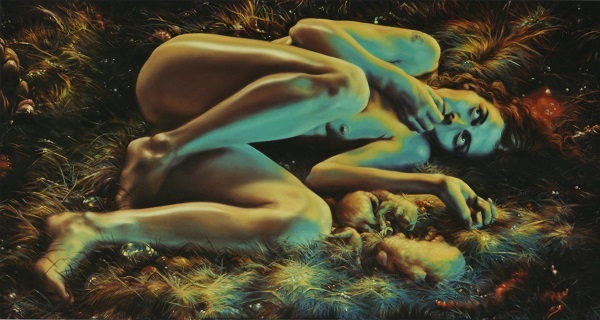 Anya Janssen, But whatever it was, it came out of the trees 2, 2009, art collection DELA

From her early, darkly impastoed and expressionist paintings, Anya Janssen went on to develop a realistic style all of her own. She painted herself at first, before later focusing on others. Anya’s influences include fifteenth-century Flemish Primitive painting and the Lowbrow Art movement that emerged in the 1960s around Los Angeles, with its roots in underground comics, punk rock and graffiti.

She deftly combines traditional fine painting techniques with powerful compositions. At the same time, her often disconcerting use of colour allied with unearthly painting effects leads to results that are ambiguous, enabling Janssen to create a poetic, mysterious universe.

Are we Earthlings rational or animalistic beings? Janssen’s work cautions against thinking in terms of polarities: nature versus culture; good versus evil; beauty versus ugliness. ‘They are thoroughly intertwined – one can’t exist without the other’, she says. Anya’s Earthlings thus appear in different guises all at once. Encounters with her models have been a key creative motivation: ‘I’m a collector of souls’, she says, ‘almost a stalker at times. I tell stories about the people who cross my path. I get inside their skin and live with them for a while.’

Janssen frequently works in series, with enigmatic titles like Cloud Dwellers and The Shapeshifter. The central figures in her portraits are often young adults, reflecting Janssen’s fascination with people at a crossroads in their lives. She is drawn to the transitions between childhood and adulthood and by fluid identities. The transformation of her muses takes on psychedelic or science-fiction forms in her work, through the painterly suggestion of movement. This can have a dizzying physical impact at times on the viewing experience. 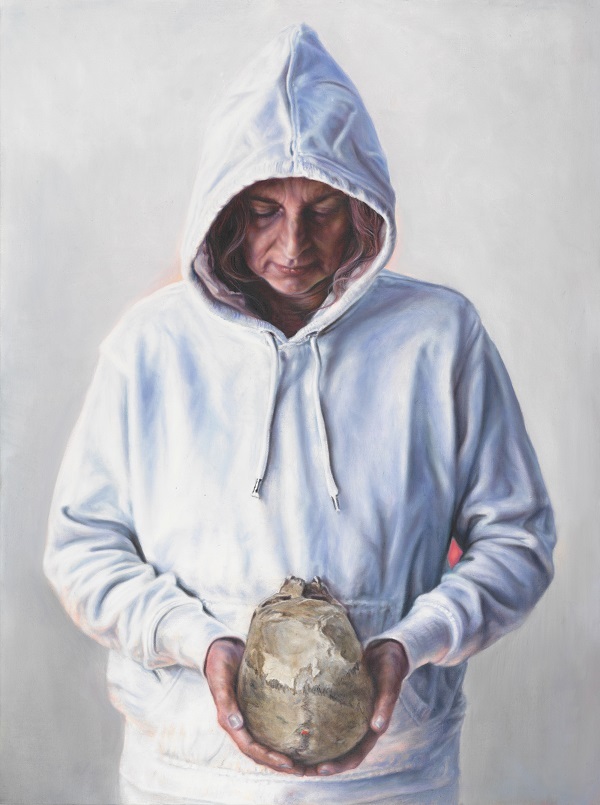 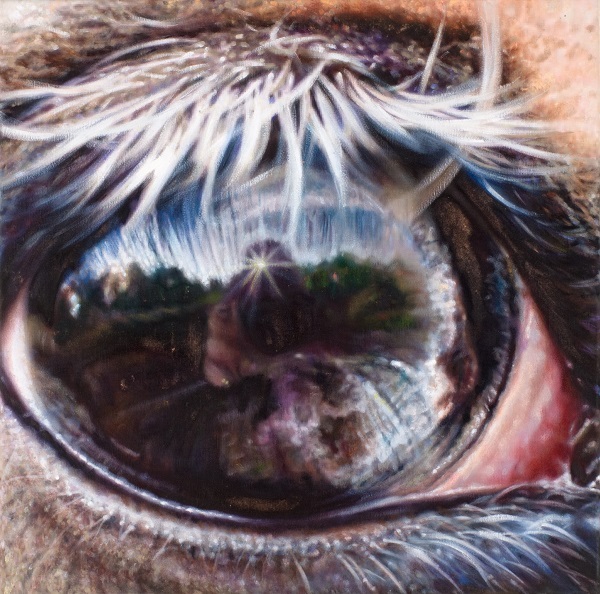 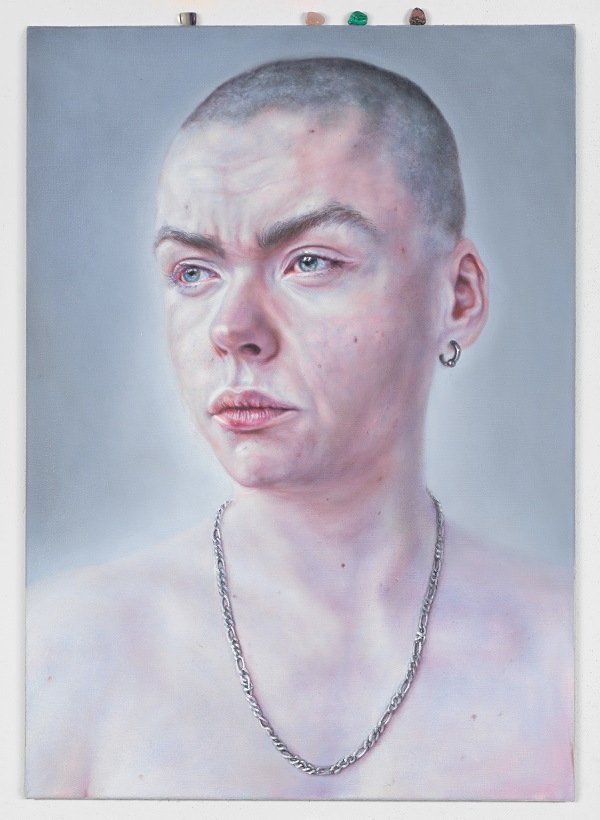 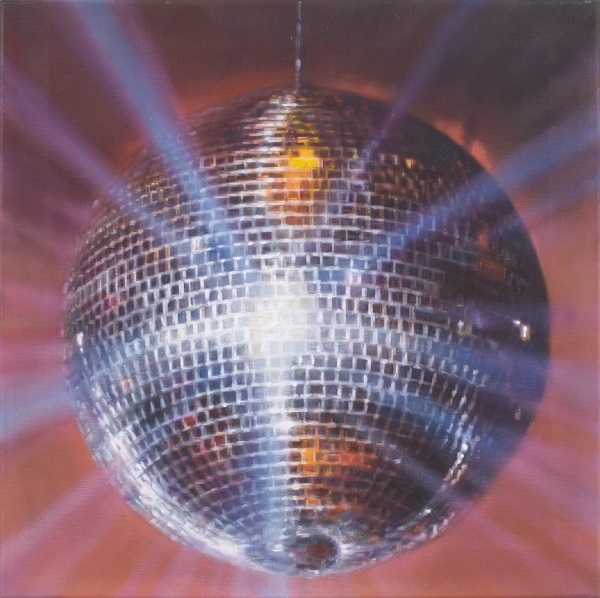 Janssen’s own youth feeds into her work too. Growing up in the Mookerheide region, she loved to wander through the woods and explore nature. She still likes to collect unusual plants, dead animals and skulls and to preserve specimens in formaldehyde. Janssen’s studio has become a Wunderkammer, devoted to transience and melancholy. Her Parliament of Monsters series shows human beings trapped within the frame of the canvas, like small creatures in a glass jar. Vulnerability, compassion and fear combine in her work. ‘I sometimes say that I paint beauty with the charm of a razor.’

In Ecce Homo, Janssen briefly returns to the self-portrait, in which she confronts her own mortality, while drawing inspiration from the seventeenth-century painter Francisco de Zurbarán . But this is not just a self-portrait in the traditional sense, it also appears as a metaphor, a symbol of transience.

Are you visiting our museum and would you like to get in the mood? Then listen to the music that Anya Janssen plays in her studio on Spotify.

Together, our guest curator Fleur Junier and Anya Janssen have made a selection of recent and older works for the exhibition. There are loans from the artist herself and from private collections in the Netherlands, Belgium, Germany and Italy. The exhibition is accompanied by a short film about Janssen by video makers Jaan Stevens and Angela Otten. The book Earthlings, published earlier this year, is available from the Museum MORE shop. 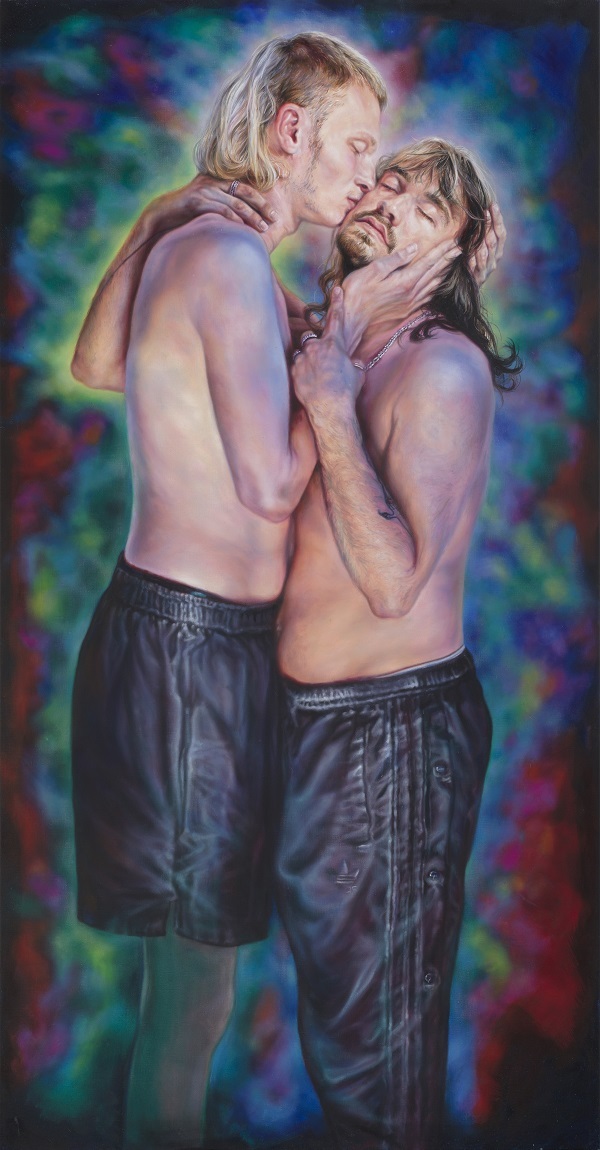 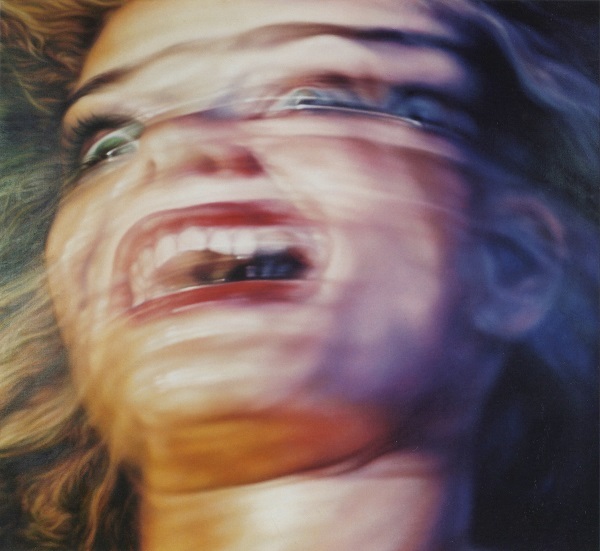 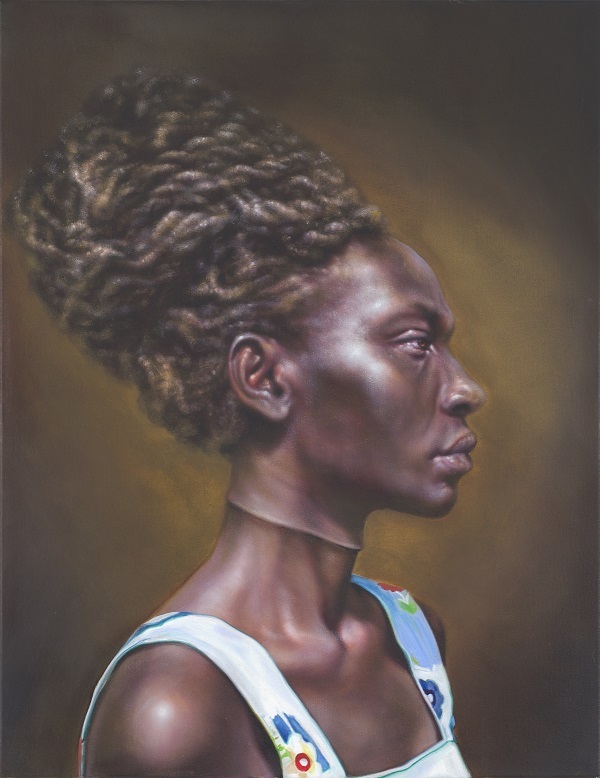 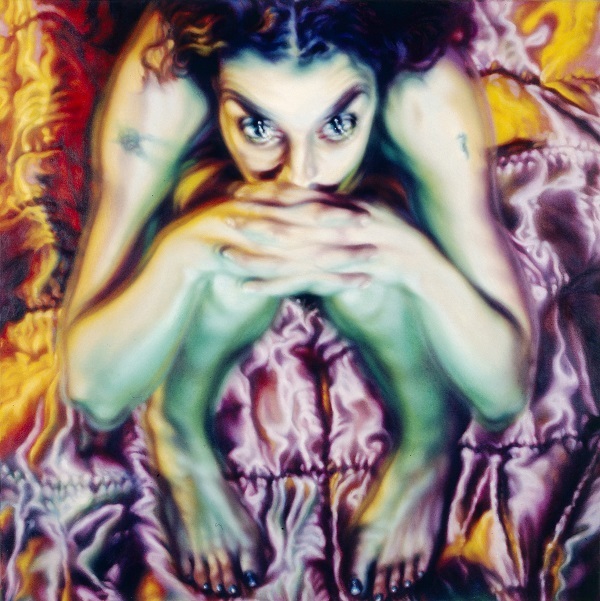