Museum MORE is focusing this autumn on the human being in the metropolis. Streetview explores the photographer Bas Losekoot’s vision of life in densely populated and ever-expanding cities. Several dozen selected photographs lift the individual out of the crowd, offering a unique insight into how we interact with one another. How do we find our way among this overwhelming architecture and intense bustle? Are we alienated in our modern megacities? Or are they in fact our ideal habitat? 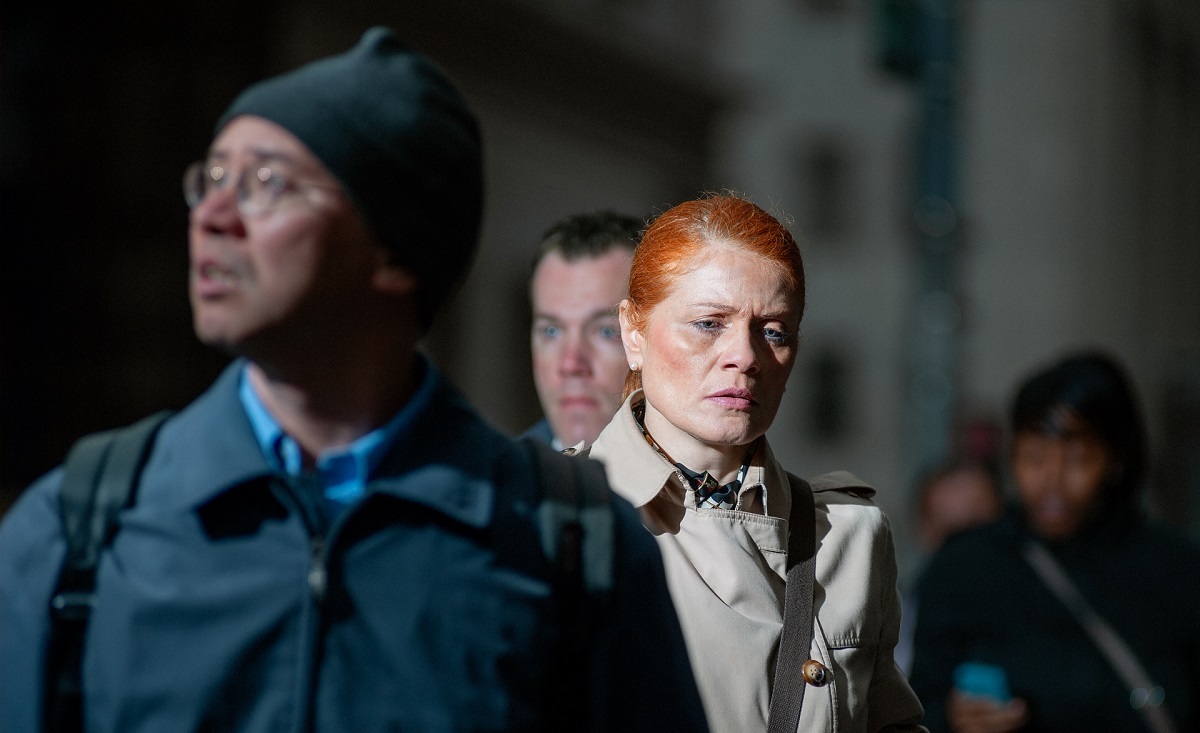 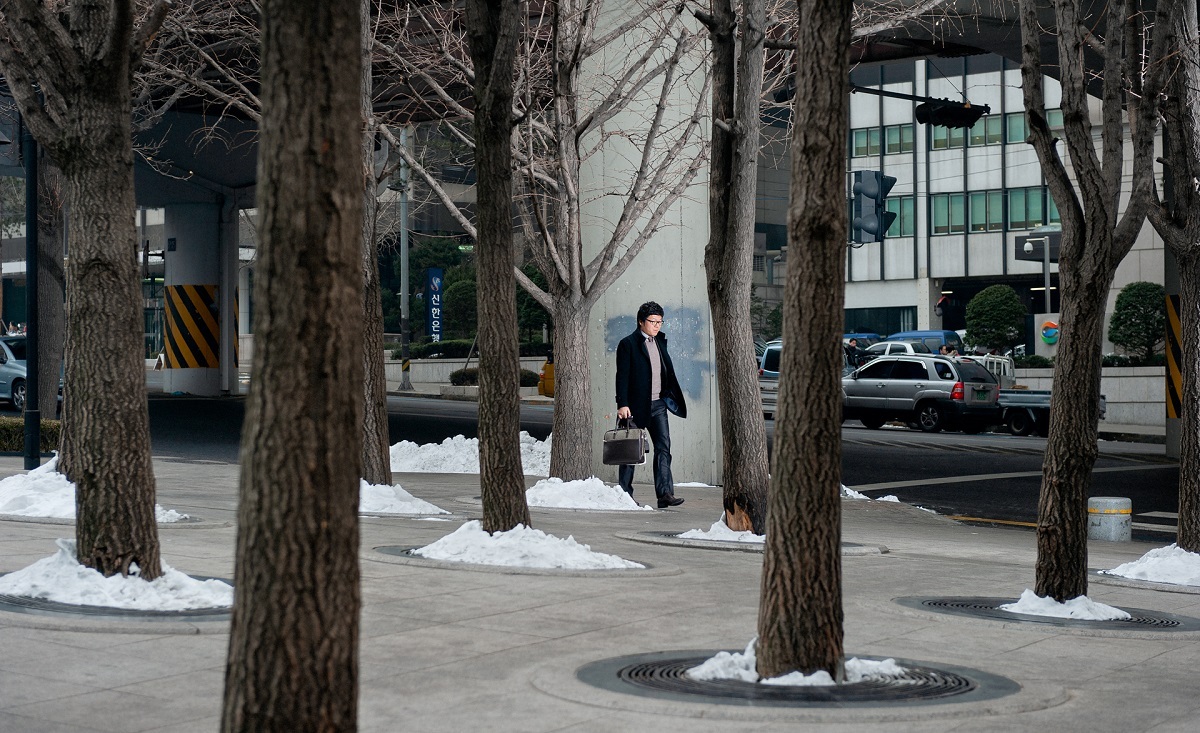 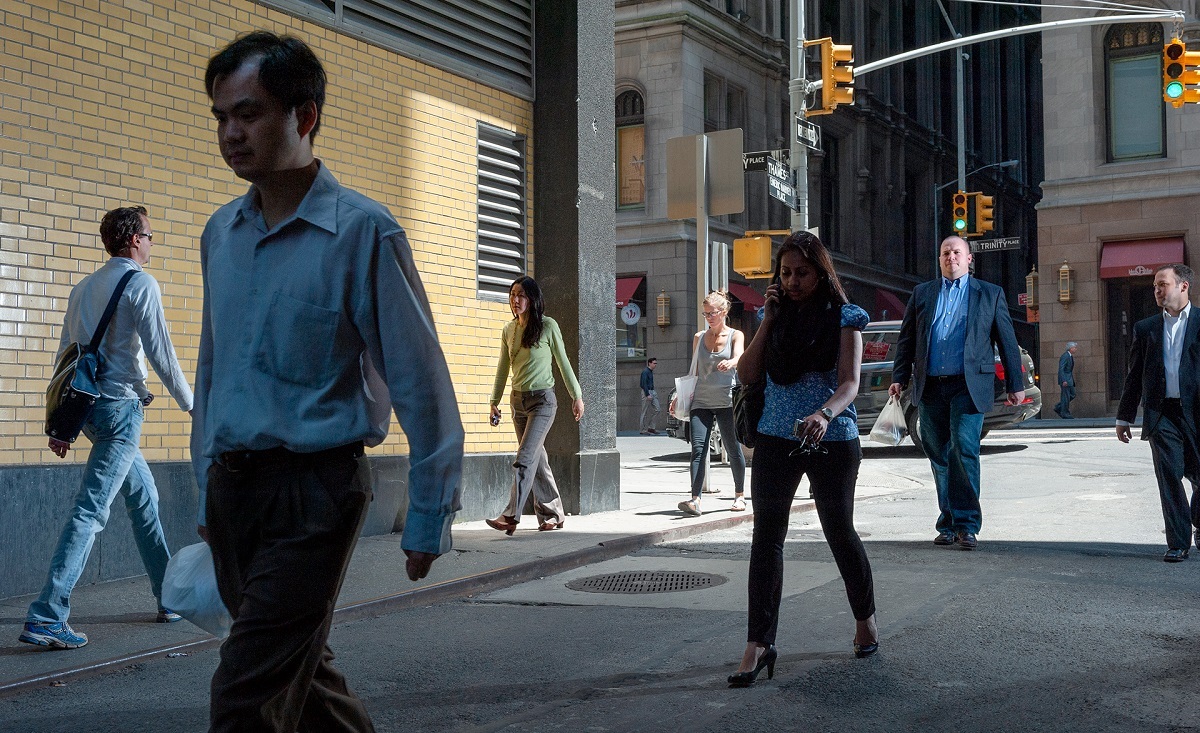 ‘I visualize the city as one big organism. With us, its inhabitants, moving around it as urban animals.’ The artist and photographer Bas Losekoot (1979) observes our behaviour, attitudes and the choreography we perform together in our modern megacities. He picks out the individual in the commuter crowd as this intricate ballet unfolds in railway stations, tunnels and streets. Losekoot freezes anonymous passers-by as they hurry to unknown destinations.

The momentary stillness of the photographs lends his work a dramatic charge. A kind of heightened realism is assumed by the chosen figure. No longer a mere extra, this passer-by becomes an enigmatic character in an open-ended script. What’s the story behind that evasive glance? The intention behind that gesture? Losekoot creates what feel like film stills of an international ensemble piece set in a global mosaic, from Lagos to London, São Paulo to Seoul.

Bas Losekoot embarked on his photography project more than a decade ago in New York. Having become fascinated by the most powerful wave of urbanization in history, he was keen to explore the dynamics of the Urban Millennium. He uses the street and the public arena as a modern no man’s land to zoom in on our hidden private lives. Like a biologist studying animal behaviour in the jungle, Losekoot hides in the crowd to observe us in as unadulterated a manner as possible.

He seeks out spots where he can watch us unobtrusively and predict our behaviour. We urban animals walk past the trap he has laid – a sublimely placed lighting set-up for the perfect shot. Calculated from the ideal position of the sun or flashgun, it captures people in their urban environment. Losekoot’s images look staged, but they’re actually documentary. He chooses the lens and the timing. Within his cinematic visual language, the alienation and isolation seem tangible. Yet so too, paradoxically, does the energy that an urban machine generates in people.

‘What most interested me at first were the cultural differences in each city. But I realized over time that we have more in common with each other than we do differences.’ In the meantime, he has taken his project to nine global metropolises. Losekoot’s psychological and sociological journey has led him from Hong Kong, Istanbul, Lagos and London to Mexico City, Mumbai, New York, São Paulo and Seoul. The exhibition features a selection of 42 photographs that sum up the photographer’s vision.

The viewer embarks on their own journey of discovery, without knowing precisely which megacity it is they are visiting. A thematic but also intuitive montage of images in the gallery creates a kind of street experience, with rhythm, patterns and sight lines, but also the surprises you stumble across in the city. How does the visitor encounter the other? Do we look them in the eye? Do we look away? Or do we, as modern urban animals, engage in some new form of interaction?

The poet and author Ilja Leonard Pfeijffer wrote in his essay Metropolises, for the book accompanying the exhibition: ‘A metropolis is a cacophony of stories, the most fascinating drama ever written, and one that will never end’. And ‘As a symbol and ultimate realization of our all qualities and weaknesses, the metropolis is our habitat. Nowhere are we more human than as humans among humans. Anyone who wants to understand anything about us only has to read our faces in this hellish heaven and the heavenly hell we have created for ourselves.’

Streetview is published by Lecturis. This book includes the 42 exhibition photographs, together with previously unpublished work by Losekoot.

The artist and photographer Bas Losekoot (1979) was born in Amsterdam and studied photography at the Royal Academy of Art in The Hague. He followed this with Cinematography at the Amsterdam Film Academy before going on to complete his Master’s degree in Photography and Urban Cultures at Goldsmiths, University of London. Losekoot has exhibited internationally at museums, festivals and galleries, and his work has been published in leading newspapers, magazines and media including The New York Times, The New Yorker, CNN, The Guardian, Internazionale, Die Zeit, NRC Handelsblad, IMA Magazine and the British Journal of Photography. This year he began work on a series of exceptional Amsterdam cityscapes for the newspaper Het Parool.