This summer, Museum MORE is hosting a large-scale retrospective of the work of Konrad Klapheck (born 1935, Düsseldorf). Klapheck is one of the most important and interesting personalities in post-war German art history, as well as an artist of international renown embraced by collectors in Belgium, Switzerland, France, Italy and the USA.

Ype Koopmans, artistic director at Museum MORE: “What makes Klapheck really special is that you can see an entire century of art history in his work. Packed with references to his predecessors, his work is timeless yet astonishingly up-to-date, time and again. As a friend of Joseph Beuys and Gerhard Richter, Klapheck was one of the three father figures of the Rhineland art scene. But above all he is a one of a kind, who cannot be ignored in the world of modern painting.” 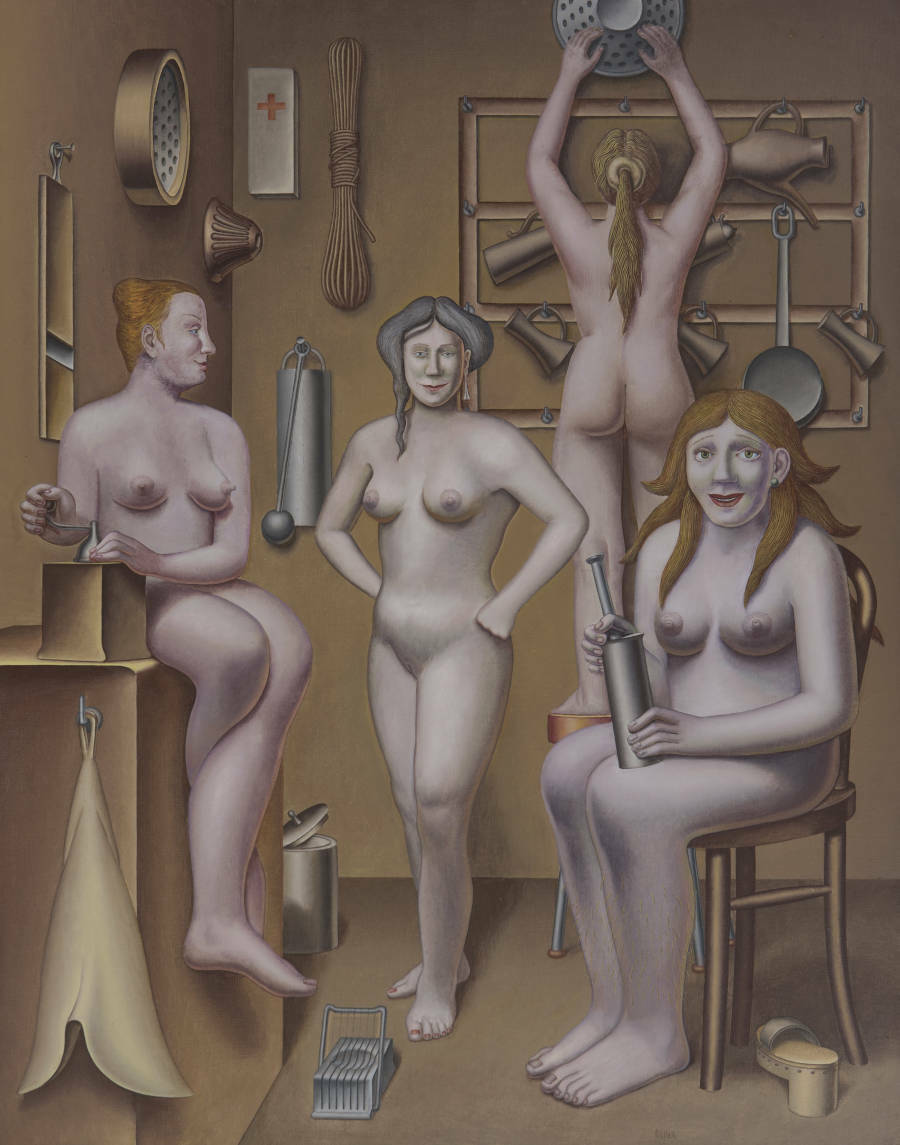 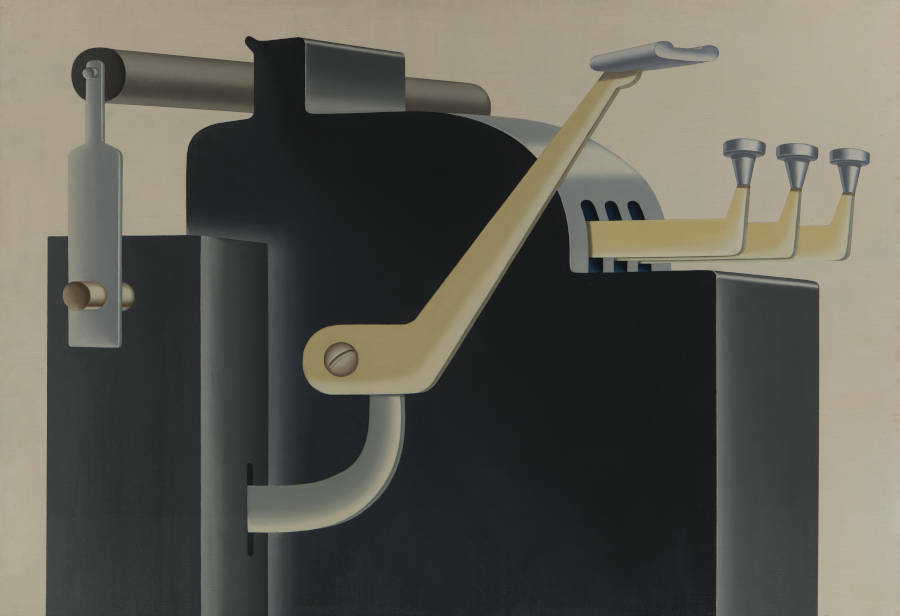 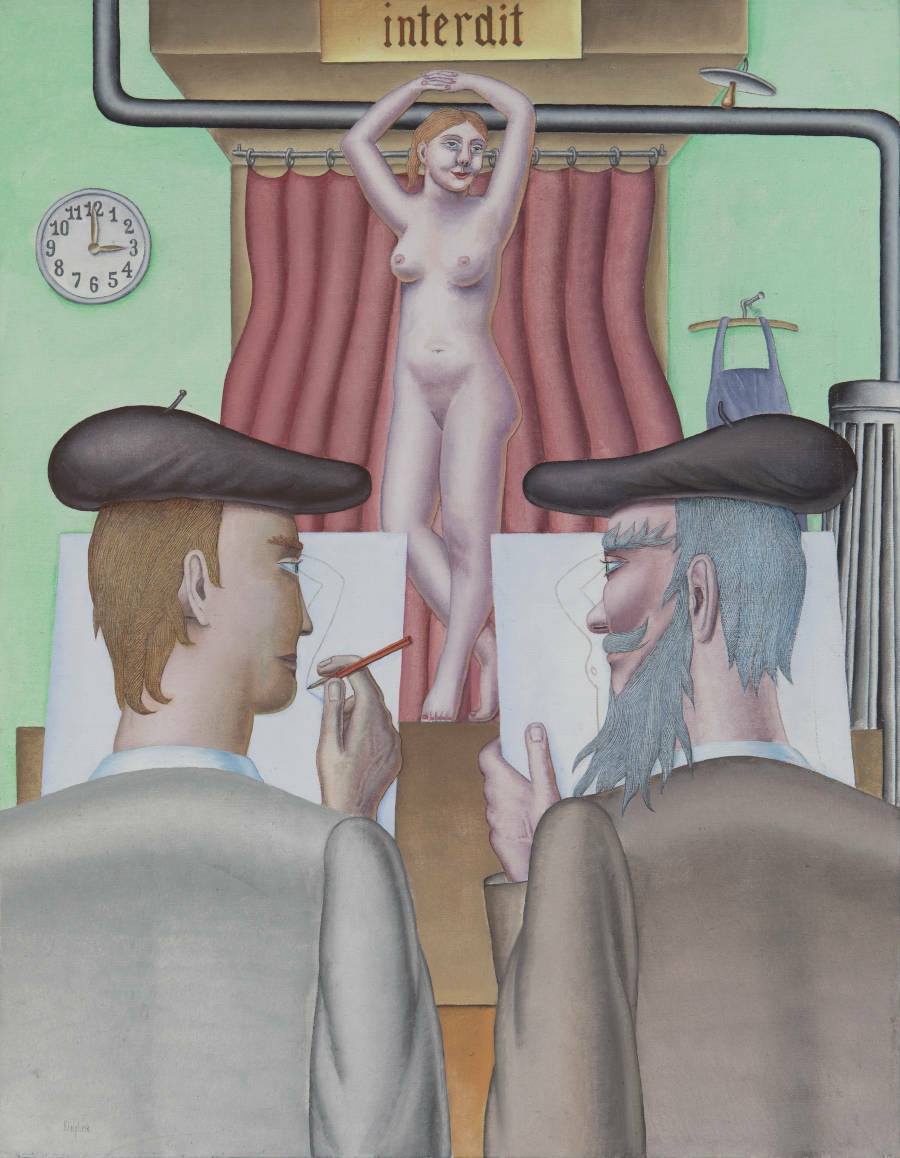 With his monumental still lifes featuring strongly stylised appliances and industrial objects, Klapheck gives shape to icons and demons of the modern time. Typewriters, sewing machines, irons, showerheads or shoes are transformed into human archetypes. And Klapheck’s choice of ironic, suggestive titles strengthen the psychological or sexual connotations of his precisely painted subjects.

Simultaneously alienating and ‘classical’, he is variously seen as an avant-garde artist and scion of the Neue Sachlichkeit, a late surrealist or a forerunner of pop art. He has been continually assigned a new position, depending on the art critic at that moment. However, Klapheck’s unique oeuvre is hard to capture in a particular movement. Not least because after forty years of painting still lifes of machines, he seemingly all of a sudden started to orchestrate his paintings around the human figure, a late change of style that few artists would dare to attempt and survive. But Klapheck did. In doing so, he is turning his own motif around as it were: men and women appear as almost abstracted, compartmentalised and mechanical bodies. Totem figures in a paradoxical, restrictive world full of colour.

This Spätstil sufficed initially as something valuable and necessary for the artist himself, but it makes much clear about the fundamentals of his total oeuvre. For this reason, the route for visitors to the exhibition is back to front.

Klapheck’s younger years in Düsseldorf were shaped by the artistic and academic environment he grew up in. Both his parents were authoritative art historians, publicists and professors at the Kunstakademie Düsseldorf, and – as if he was predestined to do so – their son was appointed to the same position in 1979. His mother in particular – his father died young – had a great influence on Klapheck. The numerous art books at home and visits by artists to Villa Klapheck, among whom were Paul Klee and Max Ernst, meant that Klapheck was steeped in leading Kulturschaffenden.

From the 1950s, he attended jazz concerts by international musicians who were once again including Germany in their tours. As a music critic, Klapheck reviewed world-class stars such as Louis Armstrong, Count Basie, John Coltrane and Thelonious Monk for various newspapers. Only much later would the echo of their performances be reflected in his work, as he travelled back ‘home’ to earlier subjects, to instruments and people. To a triumph of remembrance.

Featuring around sixty works, Venus Ex Machina covers six decades of artistry. The exhibition can be seen at Museum MORE in Gorssel from 5 June to 26 September 2021. The exhibition has been supported by the Dutch government: an indemnity grant has been provided by the Cultural Heritage Agency of the Netherlands on behalf of the Minister of Education, Culture and Science.